Karen Schuessler, our director of music, studied at Michigan State University and at the University of Michigan where she received a Master of Music in Organ Performance. Since moving to Canada in 1981, she has conducted Cantorion Cymraeg Canada, directed music for shows mounted by London Musical Theatre, directed Les Choristes at University of Western Ontario, and served as director of music at Centennial United Church. She is founder and conductor of the 48-voice community choir, the Karen Schuessler Singers, and since 1992, has been Director of Music at Wesley-Knox where she conducts the senior, junior and youth choirs and plays the organ. She teaches piano, organ and voice, examines for Conservatory Canada, and is much in demand as a music festival adjudicator and choral clinician. 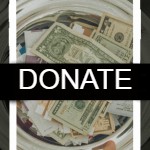