This page is intended to become a source of information and a diary of events related to the Syrian refugee family sponsored by Wesley-Knox. As a diary, it is a little different. In  most diaries, new entries are added to the end. In this one, new entries are added to the beginning. This way, you will not have to scroll down for updates or lastest information. All entries to date have been supplied by Linda Imrie. Thank you, Linda!

In the fall of 2015, the Global Action Committee brought forward the possibility of supporting a refugee family from Syria. The discussions and the thinking began to determine if Wesley-Knox was prepared to support a family and on what scale. There were many questions and many ideas tossed about at that time. The committee at Wesley-Knox determined that something needed to be done but it had to be a good fit for our church and congregation. A number of supporters felt that it would be wise to research what other churches, in particular United churches were doing, to help Wesley-Knox in its decision-making process. One of the members of the committee mentioned a co-worker who made the tough journey from Syria to London, Ontario, approximately seven years ago. She also told about his sister who also successfully made the journey and settled in London, Ontario. Byron United Church had taken steps to privately sponsor two more sisters in the same family. Then we heard that three members of that same family were looking for private sponsorship to make the journey to Canada possible. One of our team members knew the brother through her daily work place. Conversations and sharing of information continued with the brother. Our team saw a possibility of making reunification of this family possible.

Fast forward into early January and the committee had settled into a few members who continued discussions about supporting a specific Syrian refugee family. The committee which had transformed into a team continued to research and to contact other churches. We invited a member from Calvary United to attend a meeting and share how they managed to complete the paperwork. They had just decided to go ahead and do what they believed was possible. The Wesley-Knox team knew that they would make an effort to sponsor a young family of three, consisting of father, mother and an almost year old baby girl.

January 2017
Well, a lot has happened in the past couple of months. The Shalash family went for their English language screening in late October and now Nawal and Samer are attending daily ESL classes at Wheable Secondary School. Mimi attends daycare there. Mind you, this involves a one-hour bus trek every day, both to and from the learning centre. but the Shalash family is dedicated and determined to move forward. They recognize that education holds the key to furthering their settlement plans in Canada.

In November Mimi struggled with ear and lung infections but quickly recovered. She likely picked up some ‘bugs’ from her daycare setting!

In early December members of the Shalash support team helped put up a Christmas tree in their apartment along with a lovely manger scene and Christmas lights. At that time they shared a video of their 2015 wedding day. What a beautiful bride and groom!

At Wesley-Knox, Mimi played the role of a baby lamb in our children’s pageant. She wasn’t too sure about wanting to be a lamb. Mimi enjoys being with other children and having lots of fun. She is still happy and she is learning to count to ten in English!

The Shalash family had the opportunity to spend some quality time with their own family members before Christmas. They spent part of Christmas Day with the Haworth family in their home, sharing a meal. December 25 was also Nawal’s birthday so yes, there was a birthday cake! On New Year’s Eve, Sheila and Linda I accompanied the family to Victoria Park to take in the early New Year’s celebrations so Mimi could see all the beautifully lit trees in the park, hear the celebration of a New Year in music and enjoy the fireworks display. They all received Canada 150 flags and pins to begin the commemoration of Canada’s 150th birthday.

Settlement is going well but our family shares some longing for family left back home in Syria and Lebanon. We all admire their positive attitude, their desire to live a spirit-filled life. and the vibrant energy they share with all the people that they meet. We are so blessed to know them.

November, 2016
The family arrived on Thanksgiving Day weekend! Full details here in the article on page 5 of the Advent-Christmas KSC.

September 19, 2016
A two-bedroom apartment is found and the lease is to be signed on Friday, September 23. The team will have access to the apartment to begin the set up on October 4 in preparation for the family’s arrival on October 10. Things are moving quickly now!

September 11, 2016
Mary Bee announces, to the congregation on Sunday morning, the upcoming arrival of the  family  sponsored by Wesley-Knox. The team meets.

September 9, 2016
We hear that the family we are sponsoring is finally coming to London on the Thanksgiving week end. What a blessing and what fine timing! We await details of flight arrival. after church to put a plan of action into place. Now preparations for arrival begins.

August 2016
We hear an update that the Canadian Government will be letting 500 more families into Canada this fall. We are indeed hopeful. on August 18, the team hosts a fundraising event at Paramount Fine Foods to raise money to support the settling and transition of the family we are sponsoring. We raise over $3000, all of which goes directly into the fund.

July 2016
Th family we are sponsoring has passed all required interviews and screenings and they have passed but we really don’t know what that means but we are still hopeful. The team keeps in touch with London West MP, Kate Young’s secretary for monthly updates.

Late June 2016
We know that the family we are sponsoring has passed police criminal background check and an URGENT has been on the family’s file. We await more news!

June 8, 2016
A Registry for the family has now been set up to allow Wesley-Knox people and friends to donate furniture, household goods and other items to help the family make the transition to their new life in Canada.

May 25, 2016
Things are starting to happen. We can now track our application on the IRCC website and the latest report states, “We have started processing your application on May 17.” The family received a call from the Canadian Embassy to be interviewed. They still await medical assessments which is usually one of the first steps.

April 11, 2016
More great news! Our team hears from Kate Young’s assistant, Patrick. He informs us that our application has been tracked and it now has a number which allows him to check in with a team member once a month with updates. Patrick feels fairly confident that family we hope to sponsor will arrive in 2016.

April 1, 2016
Great news! The federal government has announced that 10,000 more privately sponsored Syrian refugee families will be resettled in Canada by the end of the year 2016. Any refugees now arriving in Canada will automatically be given permanent resident status. There’s hope for our application!

March 30, 2016
We’ve sent a letter to London West’s federal member of Parliament. We are seeking information about the Federal government’s position on restricting the number of privately sponsored Syrian refugees into Canada.  The process has slowed down significantly.

March 19, 2016
A wonderful afternoon! Members of the Wesley-Knox Syrian Refugee Team attended a “meet and greet” at Byron United Church. We met the brother and three sisters of the family we are sponsoring. This event has allowed us to feel more “connected” to our refugee family. Also in attendance was the mayor of London (Matt Brown) and member of Federal Parliament (Kate Young). Byron United has sponsored five families! Their enthusiasm and energy is spilling over to our group.

March 12, 2016
The whole team gathered at MaryBee’s home to meet with the brother of the family. The meeting turned into a teleconferencing one as the brother had slept in after trying to work two jobs and support the newest arrivals of his family to London.

March 1, 2016
An online registry called So Kind Registry, has been set up to allow people to contribute necessary items for setting up a household for the family. Meanwhile, the Canadian Government has announced that they have successfully resettled 25,000 Syrian refugees and the process of settling more applications thereafter would return to normal pace. The big unanswered question: What is the status of our application?

February 29, 2016
We’ve received word today from the United Church of Canada that our private sponsorship application has been forwarded for processing to the Government of Canada office in Winnipeg, Manitoba.

February 25, 2016
The Wesley-Knox Senior Choir is supporting the project! At its Annual General meeting members agreed to provide funds to support a family.

February 23, 2016
Some of the members of Syrian Refugee Support team attended a workshop at Siloam United Church. We received some good tips from other congregations and settlement agencies. So many people doing so much good.

February 22, 2016
The final paperwork has been sent to the United Church of Canada for approval and submission to the Government of Canada. Now the waiting begins…

February 21, 2016
At today’s service we shared the news with the congregation that Wesley Knox will sponsor a Syrian refugee family. Lots of enthusiasm for the project!

February 17, 2016
We made a presentation and proposal to the Wesley-Knox Board and Council to privately sponsor a Syrian refugee family. Our proposal has been supported by both Council and Board. Meanwhile, the young Syrian family has begun their flight of faith to freedom. They have fled from Syria and arrived in Lebanon

February 8, 2016
We presented our proposal to sponsor a Syrian refugee family to the Faith in Action Committee. It was unanimously supported.

February 1, 2016
The paperwork process for submitting a private sponsorship application to privately sponsor a Syrian refugee family has begun. What a process and what a lot of paperwork! Through this process we’ve consulted with Byron United and Calvary United. Government and United Church of Canada web sites have been very helpful. Specific jobs have been assigned to each team member for housing, finance monitoring, health care, education and many other tasks. And we’ve received an unexpected blessing—the funds acquired through a private donor—$5000 grant from the United Church Middlesex Presbytery.

January 25, 2016
At a committee meeting the Wesley-Knox team now consisting of six people and now called the Syrian Refugee Support Team, a branch of the Faith in Action Committee, decided that we would go ahead and privately sponsor the remaining members of the family that had been sponsored by Byron United. Of important significance: we have received a gift of funds from a private donor, for which we are very grateful. The team members are: Sheila Carson, MaryBee Haworth, Linda Imrie, Cynthia MacKinnon, Linda Olson, and Julie Smith.
MaryBee has contacted the brother of the family and told him that we would be moving forward with an application to support the remaining members of his family. The brother has contacted his Syrian family and they have begun making preparations to leave Syria and go to Lebanon. In order to make the move the family desperately needs this private sponsorship. 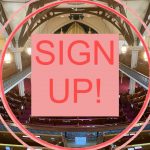